The Circus and The Hustle

Who doesn't claim to hate--in some cases even sincerely--the circus surrounding the launch of an ebook?  Barnum & Bailey may have collapsed its tents after 146 years but the spirit is alive and well online on any day. 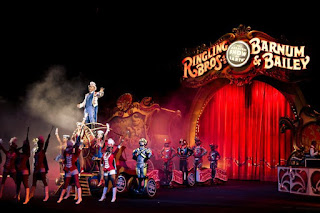 Introverted writers are forced to compete with the extros for reviews, blog tours and interviews. At the end of the day there are only two classes: the quick and the dead.

Until now I've been one of the haters, clinging stubbornly to notions of good old days that never were, when all the writers were good pals, supporting one another until the cows came home. And so I wrote and published book after book, with no sense of the business behind sales success or the method of getting reviews.

For the new year I made a solemn vow to get my hustle on. 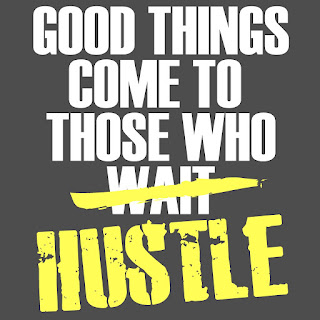 I'm still growing as I go, but here is my report so far:
1) I've lined up a second reading at Seattle's Noir at the Bar, a chance to meet more writers and perfect my live reading skills.
2) I'm slowly balancing my bank of Facebook Friends to include more mystery/thriller writers. Because of my past writing in horror, the Friend requests I first received were largely in the genre.
3) In March I'll launch the first title in my new Seattle BOP series. The new direction needed a new look, so I've changed cover designers.
4) In the past few weeks I've contacted some pro portrait photographers with an eye on obtaining the right one for a late summer shoot. I chose the right one yesterday.
5) I've cemented my timeline for moving...now May. I'm saving like a maniac and orchestrating like Leonard Bernstein. To make my own way in the circus, I need a place with an office...and, by God, a writer's desk.
6) I investigated thoroughly legitimate methods of getting reviews. Plus how and whom I should approach.
7) Today I began to implement my Top Secret plan.

Busy? You betcha. But the funny thing is you won't hear me singing the blues about this. To tell the truth, I dig the hustle. 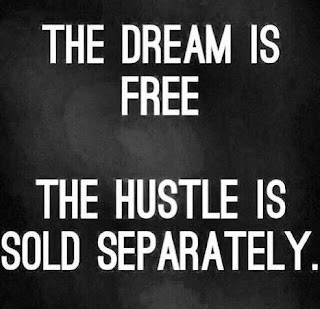 Posted by glitter noir at 11:49 AM No comments:

So I downloaded the free sample of Claude Bouchard's 13th Vigilante thriller, Make It Happen. Now. as this blog made clear last week I was looking forward to reading it. Naturally, you'd assume that I plunged right into it. After all, samples usually run up to 25 pages, no more. But the reading didn't go that way. I held back till the following morning. Why?

1)  The first reason was a scary one, based on my memories of agents and my reading of one scary agent's horrifying book: 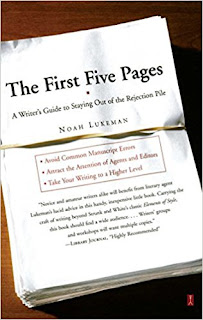 In Noah Lukeman's version of hell, agents coldbloodedly skim the first 5 pages of submissions. Now and then, they'll speed-check 5 pages outs of sequence, looking for howlers, typos or yawns. You don't get 50 pages...or 30...or 20...or 10. You get 5--and then the boot if you haven't hit the ground running. 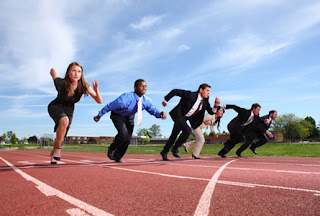 I knew that my own thinking had grown a lot closer to Lukeman's... and I feared I might not be as easily hooked as I had been years ago.

2) Plus, I was six books behind in the series and I wanted a binary mindset: reading as both a truant Vigilante fan and a reader who was new to Bouchard.

Come morning, I felt ready ready to do so.  And now I present my own 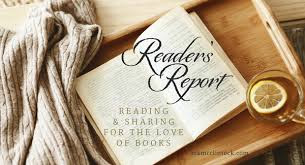 --To begin at the end of the 23-page sample, I felt hooked enough to buy the book, on which I'll report next week. Today let's consider the purpose of samples and why this one succeeds.
--Though the sample concludes with a hell of a bang, Claude Bouchard starts on a quietly ominous note: a lone motorbike rider in Pakistan putters along a dirt road toward a dilapidated farmhouse, in truth little more than a shack. The tone is gravely measured: 'He was well aware that he might be heading into a trap and, if he was, he had nobody else to blame but himself. After all, he had set the wheels in motion which had eventually led to this impending meeting...which might...put him in peril and even result in his demise.' Within three more pages, he's led by armed guards to the man he's come to meet: Abdel Omar Al-Tashid, the self-appointed leader of the State of Islam.
--By steady and subtle degrees, we're brought closer and closer to the two men's objectives. Then the narrative cuts deftly to characters preparing for an air show in Canada. Then to a terrorist who's come to implement the plan. I emphasize the smoothness of the writing because a writer less skilled or confident than Bouchard would have felt the need to zip along and hurry to the Good Part. For Bouchard every page is a polished part of the book's procession.
--The Big Bang at the end of the sample is as powerfully 'shot' as a big budget film. The writing technique brings out the big guns of style. And yet I was moved to buy this book before the big bang. I dug the smoothness of the writing. The fine touches of characterization. The assured sense of pacing. Sold.
--And what of Series Interruptus, my arriving here so far behind? There's no sign, by the sample's end, of the former vigilante, Chris Barry, or his cop-friend Dave McCall. Though the story's easy to follow, I'm left with a pleasant sense of mystery. A Vigilant novel without Chris Barry and/or Dave McCall?
--The cover, by the way, does a mighty fine job in portraying the explosive storyline.
--And talk about ending on a cliffhanger: I don't know if Bouchard planned the sample cut-off point, but few readers of the sample are not going to need to read on. 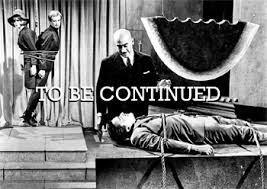 Posted by glitter noir at 11:05 AM No comments: