I headed into the August Assault, armed with a couple of mantras:
1) Lose the ounces, not the pounds.
2) Cravings create cravings, so cultivate great cravings.
3) Want not, waist not.

Such mantras are essential because there's no time for debate when you're in a moment of crisis: the sudden urge for a giant piece of carrot cake or half of a glorious pizza. Mantras are quick and efficient: you're simply reinforcing a decision you've already made. And together with my workouts and my new largely raw diet, I expected to march like a lion into the August photo shoot.

But I met a gremlin on the way, a grim one determined to tank me: what seemed to be clear evidence that I was not losing weight. Though others had started to tell me how fit I was looking...and though I could see the thinning of my face...and though side profiles in the mirror were no longer shameful...Still, I couldn't fit into a few pairs of pants I'd bought a while back.

Light bulb: the sides of my belly showed as trimmed and sculpted in the mirror and my abs were actually starting to show but the front of the gut remained. And it is apparently the very last to go. So the stubborn 'bump' still blocked me, regardless of the pounds I'd lost.

A few days later I slipped effortlessly into the pants that had mocked me.

I ended with three brand-new mantras:
1) It's happening, although I can't see it today.
2) Trust the process not to fail.
3) Give time a little more time.

Too many endeavors are doomed because a wicked gremlin whispers that we're getting nowhere. The fact is, we're advancing every second on the way. And we'll 'get there' safely and surely if we hold to our perception of ourselves as works in progress.

Posted by glitter noir at 6:48 AM No comments:

We all have 10 weeks until August 1: time enough to mount our siege on the dream that's eluded us now for so long--and whatever has kept us at bay.

It could be anything, really.


Or you may have sworn to quit smoking:

Or have you dreamed less and less of writing a great break-out novel?

I'm sure we're all on the same page now. No matter what we've accomplished, there's something we've lost on the way. Something that's eating away at our souls and making us feel incomplete. And, regardless of gender or color or age, our starting point remains the same. We need a sense of urgency--and not a mild one either. For our failed dreams fester within us. And with each excuse we make we rot a little more.

Do not think for a moment that your lost dream was childish or is unworthy of you now. And do not give a moment's thought to anyone's opinion. If you've sworn for years to do something, failing again and again, be assured of this: in one way or another you have been paying the price.

What I call the August Assault resulted from a nasty fall I took on April 5. Nothing was broken, but I'd suffered deep tissue damage in my right pelvis and hip, along with severe back strain. I ended up taking a long-planned vacation, including a round-trip cross-country train trip. But I was in agony all of the way and those I met in Buffalo--a sister and a friend I hadn't seen in many years--were shocked by my condition. I looked and felt like a tired and beaten old man. Back in Seattle, my misery grew: I couldn't exercise or do anything, it seemed, but eat. And I hated how I'd come to look.

Today I'm here to tell you, though--even with my cane--that all of this was good. One morning I awoke with a white-hot sense of urgency: I could no longer live with the "me" I brought to Buffalo, old and whipped and beaten. I needed to return to the fabulous condition that I used to be in when I lived in San Francisco in the early 80s.

Slowly and painfully, I returned to my home workouts.

And, to fuel my commitment, I promised online to produce a limited edition photo postcard revealing the results by August 1.

I have ten weeks and miles to go. But I'll share my results with you because we're all in this together. Each of us has a lost something that cries out to us for completion. Join me, friends, with your own August Assault.

Posted by glitter noir at 8:05 AM No comments:

Turning down the noise machines


I'm in danger of going both numb and half-deaf from the daily onslaughts of assorted noise machines.

The election frenzy grows more and more addictive. I find myself checking my smart phone three or four times an hour to see what new screams have been posted: from or about The Donald or Clinton or Sanders...or their increasingly vocal supporters.

Oh, sure, there are other things.  But the election frenzy is the one thing that's getting me into a state. I've come to hate the knowledge that I'm being puppeteer-ed by media desperate for viewers or readers and candidates desperate for attention and votes.

We've got six months to go here. And though I'll certainly vote in November and try to keep up with events, I plan to turn the volume down. Way down. 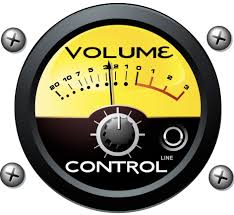 I mean, they've all got their jobs to do...but I've got books to write.
Posted by glitter noir at 10:36 AM No comments: