Welcome! I know, it's a gala event and you're feeling gangbusters excited. The ceremony this year has been restricted to DVD, Film and TV awards. Even so, remember: try not to block the aisle or jump up and down in your seats. Also remember: these awards are for shows, films or actors I've enjoyed this year...no limits on the year of the release or performance.

That said, let's get it on! But first, a little awards-style performance: 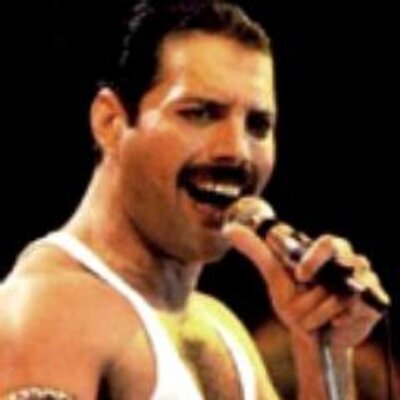 Favorite Current TV Drama:
The Good Wife, Season 7. Hard to believe that this great show may be in its final season. This season's as strong as the best of the past: complex, full of surprises, and deeply moving.

Favorite Past TV Historical Drama:
Rome, Season 1. From Caesar's Gallic campaign to his assassination, this show never scrimped on style, drama, controversy, or suspense. Easy to see why some have called this first season the greatest ever event on TV.

Most Compulsively Rewatchable TV Shows
1) House of Cards, Seasons 1-3.
2) Prison Break, Seasons 1-4 for me, but 1-2 for many.
3) Have Gun Will Travel: 6 seasons of 25 minute episodes that rarely missed the bull's eye and never missed the target completely.

Favorite Portrayal of Julius Caesar:
Ciaran Hinds, Rome Season One, is second to none. Accept no substitutes.

Favorite Comeback by a Blacklisted Actor
Wentworth Miller, who rarely worked after admitting he is gay, returned in a series of guest stints on the Flash. These grew into a big ensemble role in the upcoming Legends of Tomorrow--and the lead in next year's Prison Break Season 5.

Favorite actor of all time in a TV western.
Richard Boone, as Paladin in Have Gun Will Travel. Rough and tumble, elegant, witty, erudite, relentless, vulnerable.

Well, it wouldn't be a real awards show without one dreadful embarrassing moment. So, let's pause for a wardrobe malfunction:

Favorite Films That Improved with Rewatching
1) Tombstone: Western excitement at its very best, with an electrifying performance by Val Kilmer as Doc Holliday. 'I'm your Huckleberry"!
2) High Noon: I was too young when I first saw it to appreciate its real-time, slow fuse beauty. 88 unforgettable minutes with Gary Cooper at his best.
3) Kiss Kiss Bang Bang: Writer Shane (Lethal Weapon) Black made delightful comeback with help from an actor who needed one too: Robert Downey Jr. Another great performance from the underrated Val Kilmer. Real wit abounds here instead of the Black's usual zingers and quips.
4) Casualties of War, directed by Brian De Palma. I didn't 'get it' the first time around. But this year it blew me out of the back of my chair.

Favorite Dementedly Correct DVD Packaging
1) The dual packaging of Wall Street and its sequel Money Never Sleeps: the case for both measures a gigantic 11" x 6.5".
2) The heartlessly cheap packaging of 4 Lethal Weapon films--with all four discs mounted on a single spindle--mirrors the fate of the franchise: the same movie made over and over again with less and less feeling each time.

Favorite Comebacks by Fallen Superstars
1) Mission Impossible: Ghost Protocol: Tom Cruise found his gravitas and dropped the grinning boy toy act in this series landmark.
2) John Wick. Keanu Reeves came roaring back after battling depression and crappy reviews for whatever he did. One of the best action films ever made. And, let's be glad, Keanu's plate is full again--with a half-dozen films in the pipeline, including John Wick 2.


Favorite Delivery of a Single Line of Dialogue
"Give me back my son!" by Mel Gibson in Ransom.

Favorite Bored Goodbye to a Once Favorite Franchise
Lethal Weapon: Buh-bye, buh-bye. The first entry was still rewatchable because of it had an emotional center: seriously suicidal cop looking for reason to live. The second was barely rewatchable. The third and fourth aren't worth my time.

I seldom go to theaters now. So these awards are special.

Favorite Enraged Goodbyes to Once Beloved Franchises
1) Bond, James Bond. Daniel Craig and his bloated Spectre have ruined the franchise for me. Absolutely nothing but a brand new Bond will ever lure me back.
2) Jurassic World. Please, for God's sake, please--please!--can you stop this nonsense now?

Favorite Brilliantly Reimagined Classic
Creed. A new director with a passionately written script, terrific performances including an Oscar turn by Stallone, and a strong heart at its center.

Favorite Thriller Directed by an Unknown Name
Sicario. Hey, here's an idea. Get Denis Villeneuve to direct a different actor in the next Bond film...and I will go to the theater.

And happy holidays to all of you.

Posted by glitter noir at 8:58 AM No comments:

Take advantage of my special holiday Amazon Countdown Event on the Boss MacTavin series, now priced at $1.99 each for two days...then going up and up once more. Here are the brand-new covers. Buy now before the prices begin to grow unScottish!


Links for all books:

http://tinyurl.com/m7bl6ys
Posted by glitter noir at 6:45 AM No comments:

Take advantage of my special holiday Amazon Countdown Event on the Boss MacTavin series, starting at $.99 for two days...and then going up in increments. Here are the brand-new covers:


Links for all books:
http://tinyurl.com/m7bl6ys

Posted by glitter noir at 8:24 AM No comments:

As I wrote my new book, Caesar's Ghost, some parts cried for the present tense and some cried for the past. I just followed my instincts while writing. But then, as I went through the subsequent drafts, the Brutal Old Bastard (BOB) of my inner editor began to carp and criticize. Why here, not there, in the present? Why there, not here, in the past?

Now, I knew BOB was right on the money about not jumping tenses in a single paragraph--a source of confusion for readers. And I could understand BOB's preference for consistency: dream sequences or diary entries, for example, in the present tense. BOB might even be okay with all action scenes in the present--lending the scenes more urgency.

But, through the rewrites, BOB kept attempting to gain total control. Some scenes resisted--almost violently--my efforts to change tenses. My fingers would not hit the keys that would have changed the scenes. And it was time to let BOB know that he wasn't running the show, just helping to produce it. In fact, when given full control, BOB tends to trip on the feet of his rules.

I reached a compromise solution. I'd change any part from present to past tense--unless my fingers screamed in protest. And I'd devise a subtle way of highlighting my segues from the past to present tense.

Many of BOB's rules are sound, while others are the barks of another century's harridans.

Readers and viewers are fluent in the language of mixed time lines:

So I listend to BOB, with all due respect...but I followed my heart and my fingers.
Posted by glitter noir at 5:30 AM No comments: