There's no need to stand alone--or really any cause to. 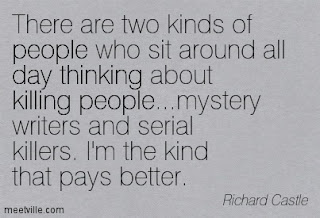 Don't kid yourself into thinking that all great books are standalone titles or that you're somehow selling out if you roll your dice on a series of books. Homer's Iliad had a sequel even better than the first. Aeschylus and Sophocles wrote dramatic cycles. Dante's Divine Comedy was a three-part series.

Think of the great series work done in our own time--and almost in every genre: from Frank Herbert to Sarah Paretsky to Michael Connelly to Cale Carr to Stephen King to J.K. Rowling... 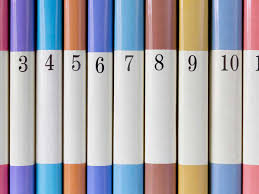 Now, it's true that most Serious Literary Fiction does consist of standalones. Though they're harder to sell nowadays, books by writers with good pedigrees and even better contacts do make it through the gauntlet, are well-reviewed, and even score. Occasionally, there are breakaway successes like Donna Tartt's The Secret History.

What are the odds, though, against that when you're trying to pay the rent?

Let's stick to genre fiction and use our common sense.

The agent or editor we approach--as either an unpublished or ruined once-midlist writer--may be on fire about our book. In fact, they may even consider it a masterpiece. But will they able to sell it if they can't convince an editor who must convince Accounting that we're a sound long-term investment? In other words, can they be sure that lightning will strike twice...then thrice...then onward for years to come? They may believe you're a warhorse, able to turn out a novel a year. But readers, they say, are looking for more helpings of a dish they loved...not a completely new kettle of fish. Your unique book starring an Aborigine dwarf detective drove readers wild. But will they buy your next book about chess in ancient Babylon?

It's said that mystery readers are looking to see a real body of work before they'll a new author. They like to see five series entries, with the next on the horizon. Three or four will also work, as long as the blurb and cover are enticing.

I'd written two series of books before going seriously series: four Boss MacTavin mysteries and The Fast and the Furies, a series of theme-related thrillers. I decided to make a clean break while applying everything I'd learned. A new series, Seatle BOP, would be younger and lighter and freer, done in a much lighter style. Still writing from the heart, I bore a wise saying in mind: 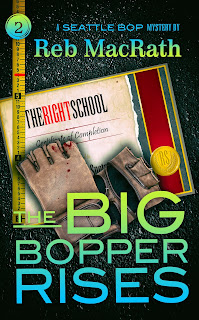 Better yet, it seemed to me, learn to create the need. In a field of hulking Jack Reacher clones and even deadlier femmes, I'd set a hero measuring only 5'4". And no assassin or P.I., he's an insurance investigator. My goal: to create a need for a stylish new brand of excitement.

Thoughts for series-minded writers:
1) Decide at the start where you'll take your stand on the series spectrum, somewhere between thee two extremes: The lighter Sue Grafton/Robert B Paker model, where the series star hardly ages or changes between books...or the Micheal Connelly model with the opposite approach--the changes in Bosch are extreme. I pitched my own camp on the left with SG and RBP.
2) Though the writing's never easy--or at least it shouldn't be--you don't need to reinvent the wheel with every book. You know your setting and main characters, their histories and their quirks. And so you'll experience surges in energy and confidence that bring a new joy to your writing. entry
3) If you don't sell the first entry right off the bat, your appeal will be enhanced--along with your bargaining position--when you've completed two or three.
4) Plus, you'll be so far ahead of the publishing timeline, that you can work without breaking a sweat.

For further reading, check this out:
https://nybookeditors.com/2016/11/plan-book-series/ 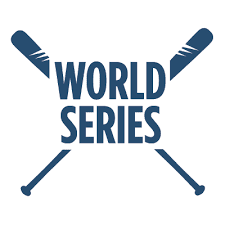 Posted by glitter noir at 12:13 PM No comments: 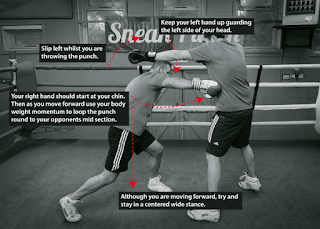 The combinations I propose are far simpler than you see in the photo. But I learned how effective they are when I set out to put on more speed.

1) Energy and confidence breed energy and confidence
You get one result if you approach your work timidly, whenever you find enough nerve in the day. In that spirit, you approach the Muse as if she's doing your lowly self a favor by planting a peck on your cheek with, say, 200 or 500 words. The words themselves, when they come, will be shaky and doubt-filled and sorry to be there.

You get an entirely different result if you approach your work boldly at the same time every day--whatever frigging mood you're in. Headache? Heartbreak? You still get to work. And not only do you get to work, but you also work in bigger, braver chunks: 1K-1.5K words or more. This grows easier as you go, for energy and confidence do give birth to more of the same. Your work is now racing, not creeping along. You have a stronger sense of the big picture. And entire scenes you'd never imagined come fully born to you.

Personal application: My previous writing speed has always been slow and tortuous: up to 2 years to finish a short novel of 40K words. Typically, I wrote 500 words a day--at scattered times--and a first draft might take half a year. This morning, I finished the first draft of my WIP in less than seven weeks, writing first thing daily.  And I swear by every word I wrote above.

2) Every book requires its own M/O
In a lifetime of longhand writing, I've used everything from legal pads to spiral-bound notebooks to hardcover journals to index cards to classic Moleskine notebooks...For budgetary reasons, I'd turned to Amazon Basic's excellent Moleskine facsimile. And these served me fine for the WIP...until I came to a critical point involving a new p.o.v. I wanted a different cover color to give a boost every day. But the Amazon notebook comes only in black.

Solution: I mounted cerise-colored index cards to the front cover. Crude and cheap, yes, but it worked, getting me daily back into the mood.

However, I had two longish sections to go, each with a major twist or surprise. And I felt my energy lagging just a little.

Solution: I returned to Moleskine, ordering two notebooks for the final sections: one in blue and one in white. And I'm here to tell you, the color tricks worked and the writing took off. 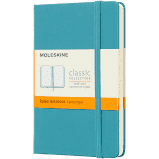 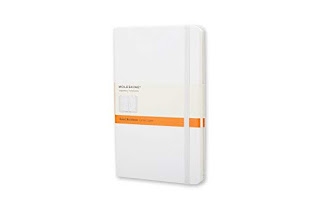 Let no trick be beneath you if it helps get the books in your head to the page with more efficiency and speed.

Posted by glitter noir at 10:07 AM No comments: