Get this: while men and women in desperate straights would sell their souls for a little more time, I sat counting the weeks until April. Specifically:


At 4:30 P.M., seated in my cabin on the Amtrak Empire Builder, I'll begin the first leg of my cross-country train trip, with a three-day stop in Buffalo. The trip is important for me in so many ways, family and personal, that I've found myself literally counting the days. Sometimes, in fact, I almost wished that the next six weeks could fall off the face of the clock.

Today, though, something clicked inside me. I saw how obscene it was to waste any of the time we're allotted...and how I might change the passive waiting game into a rousing adventure. I began with a question I didn't much like: what are the things I want so badly to escape from?

And what could I do to change 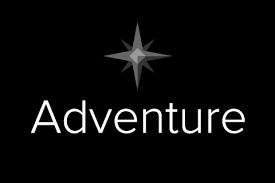 Epiphany: I don't gotta wait six weeks until I leave...I get to use the next six weeks to tackle the things that had cried for escape.

Six weeks... What if I focused on the six top issues? And instead of attacking them daily, all-out, what if I focused on one for a week while not ignoring the others? In other words, I might focus one week out of six on one particular issue while not forsaking the others. Goal: combine action with planning and meditation. I went on to see the next six weeks as a trial run. At the end of my vacation, I can start the next rotation, devoting nearly nine weeks every year to a focused attack on six issues.

Here are my opening six:
Week 1) The Body: I'm still not where I want to be. Focus on fine-tuning workouts and nutrition, perfecting a mostly raw diet.
Week 2) The Castle: whipping my studio into the shape I'd imagined 18 months ago. For this rotation I'll focus on immediate needs: an intensive, impeccable cleaning...organization of still-boxed papers...acquisition of more essential furnishings...
Week 3) Ruby Reb: If I had a dream nickname, then this would be it. Impeccably groomed, immaculately garbed, wearing and carrying only the best. Let no fashion Nazi find even one rogue nose hair on the mug of Ruby Reb.
Week 4) The Entertainer: Make the cleaned and organized Castle a more inviting place for guests.
Week 5) The Friend: I'll focus extra hard on personal relationships. This will include mending bridges when possible...and casting off dead weight when bridges can't be fixed. I'll make time to show how much I value the friends I now have. And I'll try to make more new ones.
Week 6) The Successful Writer: While I'll continue to write every day, this week I'll focus extra-hard on succeeding in the eBook arena. Goal: to join the elite club of those who write full-time. Network and bond this week, study and learn from the clever, filthy rich.

Not bad for a first rotation, I think. But all work and no joy makes for torpedoed intentions.

Sooooo, as we say in Seattle, Ruby Reb's allowing himself a fine treat every Wednesday.

Next week, I'll review week one and tell you of my treat.

Posted by glitter noir at 7:42 AM No comments:

One good dessert turns on another...

Not long ago Suz Korb invited me to appear on her blog to help promote my new book Caesar's Ghost. Well, Suz has a new project cooking and I'm fired up enough about it to want to share it with you. 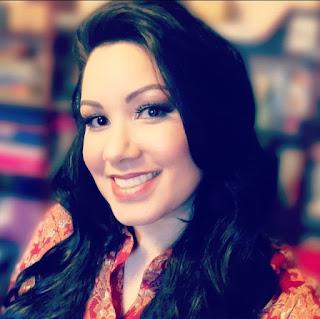 She had a singular pitch:

I’m doing something totally incredible. I’m going to blog the first draft of my newest novel as I write it! This is my new project as a way of getting me to write more every day. Follow my blog for daily chapters of my current work in progress.

This will be fiction at its most raw. Pure story. This is adventure as it unfolds in my mind, the most creative way possible for a writer to express one’s self. I’m going to have fun with this and you can join me for the journey, wherever it may take us!

You'll find samples of her work in progress The Keystone. Friends, we've got a winner here and I can't wait for the completed book. 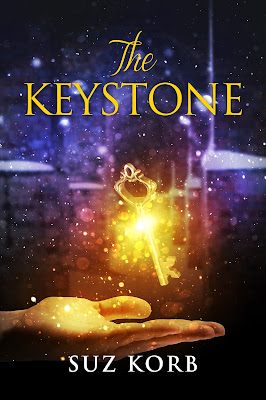 Posted by glitter noir at 12:36 PM No comments:

Too Good to Not Be Reviled: Martin Campbell

Now, Campbell's been around a while, which means that some morons won't like him. Too old. Not hip. Blahblah, blahblah. But listen:

Campbell has worked consistently from the early 80's in both TV and film. His record, some say, has been wildly mixed. But so has the record of any consistently working director over a span of three decades. The main lows trumpeted by his detractors are these:

The highs, though, are substantial. And the really interesting thing is that they're interspersed with the films that are taken as bombs. The highs:


To have rebooted the Bond franchise twice is an awesome achievement in itself. Furthermore, Campbell brought an entirely different look to the Bond films, one that's still with us today. Lots of dark, elegant night settings. Smooth transitions. Stylishly done action. And yet Campbell got very little respect from the die-hard fan boys, who began to argue almost immediately for his replacement. Even after Casino Royale, which was wildly heralded as a Bond leap into greatness. But not, of course, because of Campbell. No, fanboys argued, the film succeeded because of Daniel Craig and a script tightly based on the original Fleming novel. The most popular charge against Campbell on one Bond site was that he was a 'hack' who always followed the money. As a matter of fact, Campbell follows the work...and takes great work when he can get it. Still, the fan boys got their wish with subsequent Brosnan films that declined in quality after Campbell's departure. And, call me a heretic, I'd argue the same for the Craig Bonds.

Compare the train wreck that was Quantum of Solace or the bloated, sullen mess of Spectre with the quick, lean, muscular style of Campbell in either of his Bonds. But don't stop there. As far back as 1985, he directed the original Edge of Darkness--still widely regarded as the greatest TV miniseries ever...though, naturally, not because of Martin Campbell's work. And twenty-five years later he directed a top-drawer movie version.

Today, after a couple of TV movies--follow the work, kiddos, and persevere--Campbell has two films in the works: The Foreigner, now filming, with Jackie Chan and Pierce Brosnan...and Across the River and Into the Trees, once again with Brosnan and based on  a Hemingway novel.

If the films fail, Martin Campbell will be held to blame. And if they succeed, it will be despite him...have I got that right?

While I wait, I'll replay GoldenEye, Casino Royale, the Mask of Zorro, Edge of Darkness. Hell, I may even enjoy the good parts of Vertical Limits.

Rock on, Martin Campbell.
Posted by glitter noir at 7:16 AM No comments:

Disgraceful I Don't Give a Hoots

Maybe the following list results from the exhausting bog of starting a new novel. Maybe I'm tired of winter and rain. In any case, my brain is filled with dismal I Don't Give  a Hoots I'm cruel enough to share.

Gotta go now. Thanks for listening. Time for a few of the hundreds of things that I still do give a hoot about.

Posted by glitter noir at 1:08 PM No comments: