Learning to Carry a Much Lighter Load

I've always carried heavy loads. This probably dates back to college, when I'd head out with several texts, notebooks, poetry and more paraphernalia than I can even recall now. After all, I'd most likely head to a bar after my last class...and who knew where I'd end up after that for the night?

Old habits, etc., etc. Even now, all these years later, my backpack typically contains: a heavy Dell laptop, a heavy adapter cord, 2 notebooks, a pouch with flash drives, cologne, a hair brush, my Kindle Fire, a newspaper, an umbrella, a headset, a book of poems...and more. Add to this, on the way home, a bag of groceries.

On April 5, however, I took a bad fall that has changed things. One of the fall's complications has been a strained back. And, as a result of that, I can no longer carry the usual loads. Oh, I resisted admitting this fiercely--until three people, including my doctor, urged me to come to my senses...unless I wanted a bad back for life.

And this article finished the process of turning me around:

I had to learn quickly, if I were to heal, an art that had always escaped me till now: 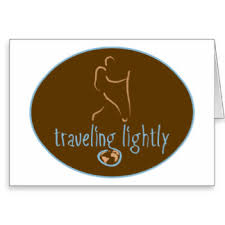 To succeed, I'd first need a sound game plan:
1) Reduce typing days on my novel to my off days from work. And even on my off days, type at a nearby cafe or at home. After typing, take or leave the clunker laptop home.
2) On the road, rely on my smart phone for Facebook activities.
3) For Twitter, make more advanced use of the Schedule function. On Wednesdays and Sundays, my two full days off work, I can schedule Tweets an hour apart for my working days.
4) Pack a notebook instead of the laptop when I head out for work. Get in writing time, free of distractions, before and after work.


My interim backpack replacement is a courier bag something like this:

The whole trick is to pack strategically and to better synchronize my daily time and the week's tasks. Meanwhile, both my back and I enjoy the lighter loads and the sense of freedom.

Posted by glitter noir at 8:47 AM No comments:

The Hard Art of the After-Fall

On April 5, at approximately 5 a.m., I took a hard tumble on a dark street while hurrying toward the bus stop.

The fall was bad enough to cause one driver to screech to a stop. He helped me to my feet and stayed till I assured him that nothing was broken and I'd be okay...though I did seem to hurt all over. I turned down his request for a ride to a nearby hospital. He left reluctantly, turning to ask me one last time. I thanked him. But no, really, I was Reb MacRath. I'd studied Aikido for too many years to not know how to tumble.

Wrong. I needed help getting onto the bus and more help getting off it. Though still sure that nothing was broken, I'd strained a groin muscle almost certainly.  Or I had a hernia. I left a message on the sick line at work, explaining that I was temporarily immobilized. Since the next day, Wednesday, was my day off, I had two days to rest and heal. I should be fine by Thursday, I thought. And I had to be fine by Sunday--because that was the Magic Day.

Yes, I'd booked my ticket months ago for a cross-country train tip from Seattle to Buffalo. And, let me tell you, I'd planned the trip down to the tiniest details: a glorious walk through my old college campus...a long walk through the downtown area...visits with my sister and an old friend I hadn't seen since my years in Canada...a visit to my parents' graves.

So I'd heal because I had to heal within the next five days. Right?

Wrong. Long story short: I did board that Amtrak train and take the trip, but not as planned. I accepted gratefully a wheelchair at the station and needed to sleep upright in my cabin every night. The train car attendant brought me my meals. And in Buffalo I ended spending most of my time sitting with my leg raised or lying down. I met with my sister and friend, nothing more--except for a round-trip cab ride to a nearby Starbucks once.

I'm home again and somewhat healed 15 days after the fall...but not nearly healed enough to return to work yet. So today I'll see a doctor or cab to an emergency clinic. What's my situation and what do I need to do?

Equally important: What the devil have I learned?

1) I'd felt angry and bitter the day of the fall. I'd paid for my vacation a half-year before and had been planning it down to the tiniest details. The timing of the injury couldn't have been worse, I thought. But I see now that the timing could have been much worse. If I'd fallen three days later, I'd have had to cancel the trip because of the pain. If I'd fallen four months before, I wouldn't have had the medical insurance that I now enjoy.
2) The fall itself could have been much worse--and I think those years studying Aikido did help. Tens of thousands of break falls and rolls did teach me to protect my head when landing.
3) Suddenly, it's become completely unimportant to me to run for a bus or to be first in line for anything. As a man with a cane now, I'm focused on each step along the way.
4) Our infirmities bring out the worst in some people and the best in others. We'll meet bullies who'll go out of their way to block our path, demanding we move when we're barely able to stand. But we'll also meet saints who go out of their way to see if we need help.
5) The thigh bone's connected to the hip bone and the hip bone's connected to the back...The groin pain and hip soreness were clear enough to me. But the back pain came later and mystified me. That is, until I played amateur detective. I was having enormous difficulty getting out of bed--and also having a good night's sleep. Could the villain be the old foam futon, set on the floor with no frame?
Had the back strain resulted from tossing and turning on the old foam's hardened ruts?
6) Our life strategies must be connected as well. Today I'll see a doctor...after having a new bed delivered at noon. I'll need to set up a work schedule that meets my doctor's orders. And I may need to take more time off.
7) Finally, for now: be grateful for the humblings. We all need to be reminded that we are not invincible and are not here forever. Because my movements were so restricted, that vacation was all the sweeter. And I wouldn't have exchanged it for a week on the world's finest beach.
Posted by glitter noir at 8:05 AM No comments: