I've seen so many say goodbye to the last decade that I want to do something different--greeting the decade to come. Here are a few plans and updates. Work
Several years ago, I jumped ship when a pleasant medical records j, ob relocated to a soulless office park in Renton, a hefty commute from Seattle. I took what I meant to be a temporary gig with Whole Foods. But I've continued in retail in several different stores since then. I've reduced my schedule to 4 days a week to buy me more time to write. But the downside is retail hell for a crappy salary.

Result: a phone interview this Thursday for a good position much closer to home.

Writing
My new Seattle BOP mystery series has pulled in rave reviews, including a beauty from Kirkus. I've completed the third and am outlining the fourth. But the short form I prefer, 40K words, has met steady resistance from agents. What to do? I know writers who've padded their work shamelessly to meet the minimum required word count of 50-60k words. But I wondered if there might be a better way to reach more readers, make good money doing so, and start enjoying life.

Result: I've completed a new novel of 80K words and have hired a pro to help produce a commanding query letter and synopsis. Furthermore, I've come up with a cool way of unshackling myself from some chains of the past. Further details to follow. For now, I need to follow the plan from this film: 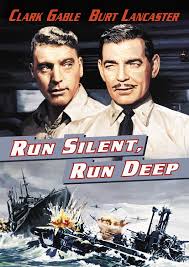 Connectedness
For longer than I really care to recall, I've done little except write and work at a job I don't like. Now that the writing prospects are stronger and an enjoyable job is in sight, this is the year I'll emerge from my monkish shell. On Facebook, I will work toward creating a stronger base of friends in my new genre, mystery, and purging old-time one-way streets. I'll register with Mystery Writers of America, become more involved in Seattle Noir at the Bar, and begin getting out and about. When I've succeeded in selling the book, I'll start attending conventions.

Result: Even having a plan and a commitment to a more open, adventuresome life does wonders for the soul.

Dandy Digs
The studio I've moved to has been a step up from Pioneer Square. But it's too small for me to have visitors and the layout isn't right for my cat plans.

Result: I've made arrangements with my landlord to graduate into a one-bedroom, ground floor apartment this summer. Probably June or July. And this month I'll start shopping for basic cat necessities.

Result: My commitment is solid to find a decent-paying job with a better schedule and benefits. And my commitment to sell my 80K word novel plus the 60K sequel in progress will pay off, I'm convinced--paving the way to adventure. Each day I write with a greater sense of urgency and purpose.
Posted by glitter noir at 10:59 AM No comments: