James Coburn and his Rogue Quartet 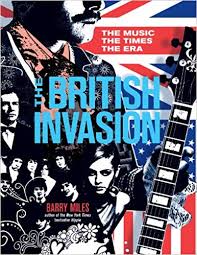 In the heart of the Sixties British Invasion, something astonishing happened. One day like any other day, as our ears were under siege by the Beatles, the Stones, the Zombies, the Dave Clark Five, the Animals, and Herman’s Hermits…and while our eyes were ruled by Sean Connery, Michael Caine, Patrick McGoohan, Richard Harris, Peter O’Toole, Oscar Reed…an announcement appeared in the Buffalo Evening News:

A hot new film was coming soon. And it would star a 39-year-old, short-haired, American actor described by critic Pauline Kael as looking like the offspring of Madame Butterfly and Lieutenant Pinkerton, her lover in the opera. A kind of way of saying some might see the actor as ugly.

But the film had more in mind than spoofing James Bond movies. Our Man Flint himself was intended to be an American alternative to the British icon. Still, I couldn’t guess what to expect from Madame Butterfly’s lovechild. 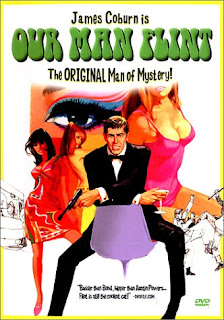 But the film came to me like a breath of fresh air. Unlike the day’s leading American stars—Marlon Brando, Clint Eastwood, Steve McQueen, Paul Newman, Lee Marvin, John Wayne—Derek Flint came across as a two-fisted, articulate Renaissance man. He was a skilled martial artist with degrees from seventeen universities. He was fluent in forty-five languages, including that spoken by dolphins. And what other stud could dance in a ballet when not kicking henchmen to the curb?

Over the top? Even silly? Of course. But James Coburn brought thirty-four other things uniquely his own to the part.

#1-32: His teeth. These were great oversized choppers that, shown in their full glory, could charm you, seduce you…or make you think twice. ‘Top of the world, ma,’ those teeth seemed to sing. The smile conveyed an appetite for life missing wherever else we looked. Sometimes it went into half-hiding and he could be seen, as critic David Thomson states, “smiling privately, seeming to suggest that he was in contact with some profound source of amusement.” Or: the private smile was that of an actor with 60 TV credits and twelve films to his name, including three with Steve McQueen, before becoming an overnight success at very close to forty.

#33. His voice. To call his voice deep is like calling Niagara Falls wet. This was the voice that earned him $500,000 for speaking two words in a beer ad: ‘Schlitz. Light.’

#34. His conquering Je ne sais quoi. That collection of many things rolled into one—from his studies with Bruce Lee to his interests in Zen, from his physical grace to his up there IQ—all adding up to an aura so many have tried to define.

Director Paul Schrader: He was of that 50’s generation. He had that part hipster, part cool-cat aura about him.

Actor Andy Garcia: He was the personification of class, the hippest of the hip.

The Baltimore Sun: With a face designed to illustrate the word "chiseled," dominated by a pair of deep-set eyes and a mouth that seemed markedly out of proportion, he resembled the joker in a deck of cards. And like that wild card, he could be as unpredictable as he was memorable.

Reb MacRath: He was the closest thing we’ll ever have to an American Cary Grant.

3. The Rogue Not Taken 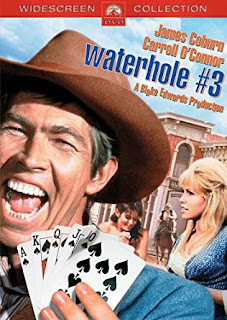 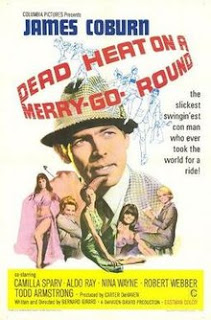 In 1966 and 1967, the years of the two Flint films, he also starred in two films introducing a new type of rogue: Dead Heat on Merry-Go-Round and Waterhole #3. These were clever heist films with a revolutionary twist (at the time): the hip rogue escapes with the money—hard-won with his brains, not his fists. Coburn paved the way for The Thomas Crown Affair in 1968. Before JC, the rules were strict: the thief dies, goes to jail, or loses all the money. 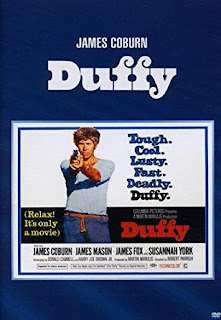 Duffy, 1968, takes place in Tangiers. Here we have a Sixties setting with a retired smuggler giving piracy a try when convinced that it will be a Happening. From greed, the Coburn rogue's moved on to getting back into the groove and acting to be 'with it.' (The film's original title was, in fact, Avec-Avec.)

But the Flint fans failed to follow these or other ambitious efforts like The President’s Analyst or Last of the Mobile Hot Shots (with a screenplay by Gore Vidal, based on a Tennessee Williams play). The latter flop ended his contract with Twentieth Century Fox. And in 1971 he set off to Italy to try his luck, Clint Eastwood-style, with two Italian westerns (Duck, You Sucker and A Reason to Live, A Reason to Die.)

The years ahead would be as wildly checkered as any actor’s ever: from years of dreck (Firepower, Skyriders, Mr. Patman, The Baltimore Bullet, High Risk, Looker, Hudson Hawk…to a few strong leads in films that failed (Pat Garrett & Billy the Kid, Cross of Iron)…to supporting roles in decent films (Hard Times and Bite the Bullet)…to a crippling bout with arthritis through the 1980s…to an Oscar for Affliction three years before his death in 2002. 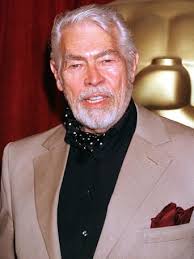 By the end, however, JC had been around so long in supporting roles and cameos that he’d become invisible as the star who’d invented his rogue. Even kids who didn’t know his name would say, ‘Hey, there’s the old man with the white beard and the big booming voice!’

To realize what we lost in The Rogue Not Taken, we need to redirect our sights to 1973. 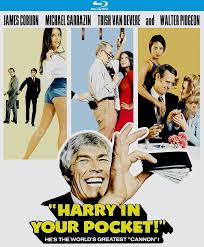 That year he added a fourth, crowning film to his classic trio: Harry in Your Pocket. And JC has never been more charismatic than he is as Harry (no last name), the cannon for a team of pickpockets.

But, as Last of the Mobile Hot Shots helped killed off a studio contract, Harry drove his last remaining Flint fans up the wall. No Fu fights. No gunplay. Worse, he's too old to get the girl--and he gets frigging caught at the end!

Not only Flint fans abandoned his rogues. Moviegoers were shocked when Dead Heat's Eli Koch, after lying and scamming for nearly two hours, flies off with his share of the heist--leaving his poor wife behind.

And they were horrified when Waterhole's Lewton Cole hides behind a horse to shoot a man who's challenged him to a duel. They'd barely recovered when Lewton with his great-toothed grin rapes the heroine in a barn. World without mercy! Finally, after scamming everyone who had tried to scam him, Lewton addresses the camera, a sack of gold in hand: "Maybe we take money too seriously...Then again, maybe we don't take it seriously enough!" Off he rides then to more scores and, presumably, more girls in barns.

Perspective: these two films came out a few years before the Flashman novels introduced their rogue antihero.   And the films are more complex than casual viewers have seen.

1)  In Dead Heat's final shot, Camilla Spav--the betrayed and abandoned wife--is shown to have inherited $7 million. This amount is infinitely more than Eli Koch has stolen. And the irony seems to add a conventional comforting moral. But we need to remember Eli's last line of dialogue, a few seconds before on the plane. When asked by Aldo Ray what he plans to do with his share, Eli says with the strangest expression--half sad and half not: "It all comes down to knowing what you need." With those words, we know he doesn't need or want the wife, the inherited mansion, and all the chains that come with them.

2) Harry in Your Pocket ends with Harry's first-ever sacrifice play. To save his friend and mentor, he allows himself to be caught with a 'poke' rather than pass it a)s he always does. ("Harry never holds" has always been his motto and was the original title.) Most viewers' reactions are bound to be mixed. On the one hand, we can't help admiring Harry's almighty class and cool, the ballet-like precision of the pickpockets' moves. On the other hand, how can't we think of the poor marks who've been robbed? And, if we had a third hand, we'd wonder: Will Harry, who's never been caught before, do any time at all? With those beautiful teeth and magnificent suits, what does his future hold? The greatest threat of all to him may be learning that he has a heart after all.

More than ever, I believe, the Rogue Quartet bears watching. For all the crimes that they contain, the greatest crime by far is that the four were overlooked. As we watch and are hooked, again and again, by the rogue's irresistible smile, it may help fortify us against the current killer smiles of villains in high places.

Posted by glitter noir at 3:57 PM No comments:

Email ThisBlogThis!Share to TwitterShare to FacebookShare to Pinterest
Labels: Dead Heat on a Merry-Go-Round, Duffy, Harry in Your Pocket, In Like Flint, James Coburn, Our Man Flint, The President's Analyst, Waterhole #3
Newer Posts Older Posts Home
Subscribe to: Posts (Atom)