So Long to Surviving Christmas

It was another blue Christmas this year. But I smiled the instant I chose to not surrender: not to the blues and not to the sense that I had nothing to do. 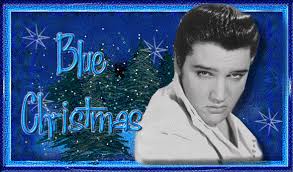 Now, those who enjoy frolicking Yules, surrounded by their loved ones, might say my decision was easy. After all, I have plenty to do on any day of the week--so it's silly to get depressed on this wondrous, fundrous holiday because the movies tell me I should be having a heartwarming Hallmark occasion. And just one more 'after all', it's not as if I or anyone else is any more alone this day.

And yet it's not quite that simple. I have plenty to do--such as writing a book--but virtually nowhere to do it. You see, I belong to the creative species, Cafe Literatura. 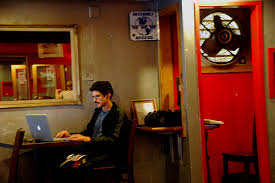 I write in cafes, always have, always will. Born this way, as Gaga sang. But on Christmas Day, pretty much everything's closed...except for a couple of Starbucks. I found two branches open: one completely filled with vagrants, not a table to be had...the other with drug dealers occupying both long counters, counting their money.

I felt inconsolably blue, not because I was alone but because I couldn't do my thing in peace, the thing that makes me happiest. Worse, you must remember: 'Christmas' isn't just one day, it's actually three for Cafe Literatura. Cafes close early Chistmas Eve and some stay closed on the 26th.

But, lo, what's this new state of mind? 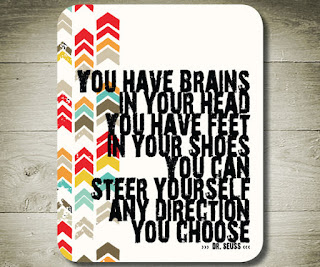 I decided to go a movie, one in an upbeat location. The ritzy Pacific Place sounded good. But I still had three hours till show time. No sweat. I brought along my tea from the drug dealing Starbucks, along with a bottle of water, and marched to Pacific Place. Voila! On the mall's ground floor, outside the closed cafe, I found a slew of tables, surrounded by gurgling water and plants.

Before and after the movie, I worked......and had a productive, enjoyable Christmas.

I'll take what I learned this year and perfect my Christmas game. Strategy: a train trip beginning on the 24th and returning on the 26th, with a night's stop somewhere cool. Not just any train, either. I envision trips north and south on one of the best remaining trains: 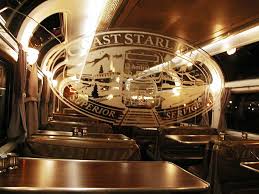 Each Christmas will be adventure for me. So long to surviving the season.

Happy New Year to you all!
Posted by glitter noir at 7:33 AM

Your comments are welcome. Just keep them civil, please.